Wine Legends is a concept that evolved into a business by Adelaide Wine Marketing Graduate – Ben Shillito. With 25 years experience selling wine in restaurants, independent retail, cellar doors, wine dinners and international trade shows – Ben has a natural flair for selling wine whilst telling stories that are engaging and humorous.

“I guess the passion for telling wine stories began in a restaurant I worked in London, where I had a mentor (Eric Garnier) who would open wines I could hardly pronounce for the staff to sample with the menu – I came back home with a passion for wine and an expensive taste for European food!”.

“I was a Grange tour guide in 2004 at Magill Estate – I loved it so much I put my hand up to do a vintage and ended up going back to back (2005 & 2006). We would tell these great stories about Max Schubert and Jeffrey Penfold Hyland – real legends in the Australian Wine Industry”.

A successful wine marketing career followed working with wine producers from five different wine regions over 15 years – Ben travelled the globe promoting Australian wines for both small and large wineries. In 2016 whilst working in Melbourne a decision was made to move back home to South Australia and to the Barossa Valley. The concept of finding a ‘Wine legend’ was conceived over a bottle of one of the new breed of producers in the region.

“I see the wine industry changing as consumers want a real connection with the food and beverages we consume – telling stories over a fantastic bottle of wine brings you into the moment of discovery”.

“I love what I do and when I find something new and someone who wants to share that moment with you – that will probably end up on one of my wine tours the very next week”.

Jarrod and Ben met and became friends back in 2000 when they started their studies in Wine Marketing at the University of Adelaide.

Similar to Ben, Jarrod has worked in various marketing, sales, and cellar door roles at a number of wineries large and small over the past two decades. He is also a Wine Educator with the National Wine Education & Training Centre, hosting classes at the National Wine Centre in Adelaide. Aside from marketing, selling and talking about wines, Jarrod has always enjoyed getting ‘hands on’ in the winery and vineyard, and has been involved in vintage winemaking/harvesting both here in Australia and Europe.

Jarrod loves anything gastronomic: his life is led largely by his palate.  He is very much in his element in the kitchen, and loves nothing more than sharing good food and wines together with others.

Back in 2017, whilst staying in the Barossa for a short break, Jarrod caught up with Ben for a long lunch at a favourite cellar door.  The course of the conversation soon led to the fact that both of them, independent of one another, had ideas of moving away from marketing/sales to hosting premium wine tours.  The idea of joining forces was soon ‘on the table’.   After completing his studies in the Le Cordon Bleu Masters of Gastronomic Tourism, Jarrod and Ben joined forces at Wine Legends in 2019.

As a wine tour host, Jarrod has an infectious, deep passion for wines and anything wine-related, and loves sharing his knowledge and experience with others.  He does so in a friendly, easy-going manner, and always with a smile. 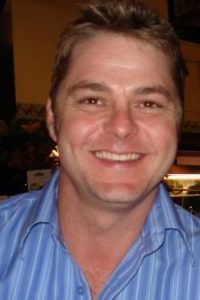 Wine Legends are what make wine regions great by providing authenticity, it is my aim to hunt out the best experiences and share them in a fun and interesting way. 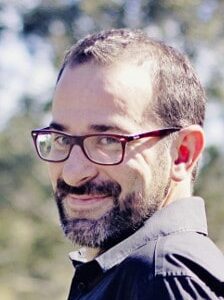 I love being in a position to share my knowledge and experience to help others on their path to loving and understanding wines more, at whatever level that might be.

Wineries in the Barossa Valley

80 Cellar Doors and growing each year